This practice was established at 101 Collins Street, Melbourne by Sir Thomas a’Beckett Travers in 1931. Since then, the practice has moved several times, always located around central Melbourne. 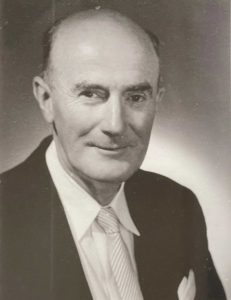 Sir Thomas a’Beckett Travers was born in 1902 into a family with connections in British medicine, surgery, anaesthesia, ophthalmology, and rheumatology dating back over 200 years. A forebear, Benjamin Travers (1783-1858), had been an ophthalmologist at St Thomas’ Hospital, London, a fellow of the Royal Society, president of the College of Surgeons, and author of Diseases of the Eye, a text printed in 1820.

Thomas a’Beckett was born in Warragul and graduated from the University of Melbourne in 1926 with honours. Inspired by Dr Ringland Anderson (after whom the foundation chair of ophthalmology was named at Melbourne University), he set out for Moorfields Eye Hospital, London, and completed his MRCP and DOMS in 1930. After appointments at the Alfred and Austin Hospitals, he became a wing commander in the RAAF during WWII and on return was appointed an honorary ophthalmologist at the Royal Melbourne Hospital, a post he held until 1962.

He had already been retired a year from the Royal Melbourne before the dawning of the era of microsurgery. Before that, his surgical skills and innovation had gained him a place on the international stage with peers such as New York’s Ramon Castroviejo and London’s Harold Ridley (the pioneer of intraocular lens surgery). Sir Thomas is credited with performing the first artificial lens implant in Australia and pioneering corneal grafting in this country. Some of his corneal grafts from the early 1950s were still clear in the 1980s, when the donor material was over a century old. He achieved these results with naked eye surgery.

He was knighted in 1972 for services to medicine and that year ceased operating however, due to his love of patients, he continued consulting until the age of 89. He died in 1999, aged 96. 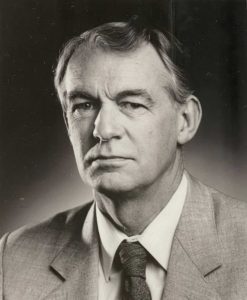 Dr Bruce Alexander Crawford was born in Preston, Melbourne in 1932. He completed schooling at St Kevin’s College, Toorak and was awarded a Senior Commonwealth Scholarship to Melbourne University to study medicine. He graduated with honours in 1955. After years as a Resident Medical Officer at the Royal Melbourne and Royal Victorian Eye and Ear Hospitals, he studied in Britain and qualified as a Fellow of the Royal College of Surgeons in London in 1961. In 1962, he was awarded a Fellowship of the Royal Australasian College of Surgeons and was appointed as a consultant ophthalmologist at the Royal Melbourne Hospital.

Bruce joined Sir Thomas’ private practice in Grattan Street, Carlton, adjacent to the Royal Melbourne Hospital. He was elected as a Fellow of the Asia-Pacific Academy of Ophthalmology in 1964 and Fellow of the American College of Surgeons in 1970. He was an ophthalmologist at the Royal Melbourne Hospital for 30 years with extensive experience in trauma, neurological and general diseases of vision and the eye. He excelled in strabismus surgery, orbital surgery, neuro-ophthalmology, corneal transplantation, and lens implantation. This was the very beginning of the era of microsurgery, when one figure could have expertise across every aspect of the speciality. He was a consultant in foreign aid for the South Pacific area, and for many years led surgical teams to the island nations of Fiji, Tonga, Western Samoa, Tuvalu, Kiribati, and the Solomon Islands. He consulted in the outback, providing services to Indigenous people in the area out of Broken Hill, extending to Menindee and Wilcannia.

He retired in 1995 and now pursues a musical avocation.